Finding our Voices: Diversity and Inclusion in the Film and Television Industry 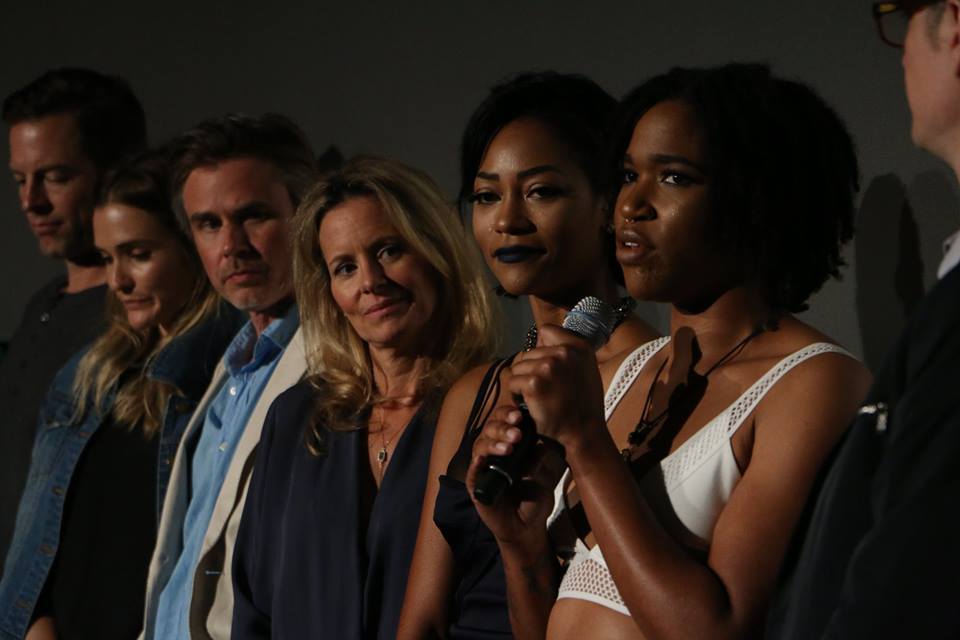 In an effort to combat inequities in the film industry, a team of distinguished panelists including female filmmakers, film professors, and film professionals will share the challenges they have faced and continue to face as women and minorities in the film and television industry.  They will provide advice to up- and-coming filmmakers about overcoming both blatant and more subtle discrimination.  Our esteemed moderator, Dr. Heather Addison, Chair of UNLV’s Film Department, will guide a pointed and candid discussion about the industry’s needs for change in order to embrace women and other minorities including POC and LGBTQ.

The panel discussion will be followed by a Special Screening of The Track, directed by Brett Levner.

This event is ticketed separately so be sure to  Purchase your tickets now! 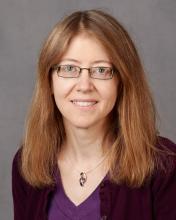 Dr. Heather Addison joined the department in 2016 as Chair. Dr. Addison has taught a broad range of courses in film history, criticism, and theory. Her primary research area is Hollywood's relationship to American culture, and at UNLV she will be focusing on the materials in the Department of Film’s Howard Hughes Collection.

Dr. Addison has published her work in a large number of scholarly journals. Her books include Hollywood and the Rise of Physical Culture (Routledge, 2003) and Motherhood Misconceived: Representing the Maternal in U.S. Films (SUNY, 2010), a collection of essays co-edited with Elaine Roth and Mary Kate Goodwin-Kelly. 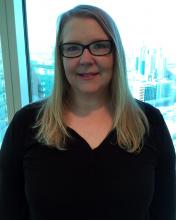 Amy Murphy Anderson was born and raised in Orlando, Florida and now resides in Las Vegas, Nevada. She has spent 15 years in the commercial, television and motion picture industry, most recently as a Line Producer, Production Supervisor and Production Coordinator for companies such as Warner Brothers, Sony, Lionsgate and Summit Entertainment. She has worked on films such as Last Vegas, Godzilla, Sleepless, Now You See Me, Grudge Match, Step Up All In, Show Dogs and The Trust. Amy served proudly as a stakeholder on Mayor Carolyn Goodman’s Nevada Film Coalition.  She holds a Maya Studies Graduate Certificate and a B.A. in Anthropology both from the University of Central Florida. 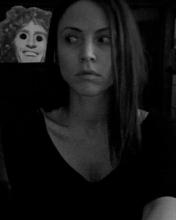 Jessica Chandler began her career while a film student at UNLV, where she took an internship on the movie, Fear and Loathing in Las Vegas. Toward the completion of the film, she was hired as an assistant to Todd Phillips on the series Taxi Cab Confessions, then later as a field producer.

In 1999 she relocated to L.A., spending the next three years working on various TV and film projects -- before embarking on her own projects in 2002.

In 2003 she made her directorial debut with, A Fine State This Is, a documentary about multiple personality and artist, Deborah 'Fargo' Whitman. It opened at the Los Angeles Film Festival to sold out audiences and critical acclaim, then later went on to win the Grand Jury Prize at the Outfest Film Festival.

Considered to be one of the most accurately and well-depicted films done on a multiple, A Fine State This Is was also studied at Harvard University and has since become a cult hit.

In 2004, Chandler spent a year developing a documentary with the London Hells Angels about their closely guarded initiation process.

She is also the granddaughter of boxer Joey DeJohn and is the niece of Lebanese writer and activist, Emily Nasrallah. 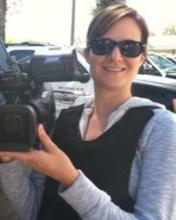 After graduating with honors from Columbia University with an MFA in Directing, Brett Caroline Levner co-wrote and directed the music video for O.A.R.’s hit song Lay Down, which took home the MTVu Woodie Award for Most Streamed Video. In addition, she received the Comedy Central Award for Best Comedy Screenplay for her feature-length script, “Snow Whites of Suburbia” and has produced and camera operated on several hit shows including The First 48, Bridezillas, The Shift, Flip This House and Sister Wives. 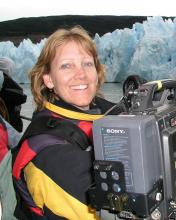 Lori Losey is a native of California’s Antelope Valley. As a child, she always wanted to be on television.  But after being cast as an extra in a movie, she discovered she was more interested in what was happening behind the camera.  She graduated from Pepperdine University with a BA in Broadcasting and almost immediately began her NASA career as a camera operator documenting space shuttle landings at Edwards Air Force Base. She first became an aerial videographer covering the shuttle landings from a helicopter. She then became a back-seat videographer in high performance aircraft such as the T-38, F-18 and F-15. As a NASA videographer for nearly 30 years, Losey has logged nearly 1000 hours in various NASA aircraft and has traveled the world documenting NASA’s flight research projects and airborne science missions. Though her career is spotlighted by her flying achievements, her true passion is producing and capturing compelling video that tells a visual story. She has received NASA’s Public Service Medal, a Telly Award and several NASA Videographer of the Year awards and recognitions. Losey is currently the Senior Producer/Director and Video Department Supervisor for Arcata Associates, Inc. at the NASA Armstrong Flight Research Center. 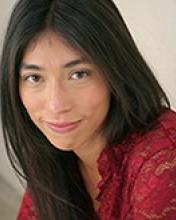 Jo Meuris is an award-winning filmmaker and animator from Canada. A bit of a workaholic, Jo has had a steady stream of contracts since completing her BFA in 1998. Her work can be seen in over a dozen National Film Board of Canada productions, where she has been working as an animator, supervising animator, and lead compositor, and where she has also directed two films of her own (An Aqueous Solution, completed in 2003, and multi-award winning film The Girl Who Hated Books, completed in 2006). She has also free-lanced outside the NFB doing animation, clean-up, and compositing for a feature film, a couple of documentaries and commercials, and several other short independent productions.

Jo's personal films have screened and won awards at hundreds of film festivals worldwide. Her most recent film, Without Wings (completed in 2010), is a study of the human body in flight. It toured the festival circuit, winning several prizes including Best Super Short Animated Film at the All Sports Los Angeles Film Festival, a Gold Award at the JamFest Indie Film Festival, and an Honorable Mention at the Columbus International Film & Video Festival. 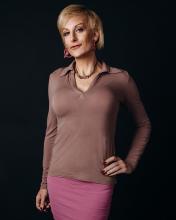 She grew up in the middle east, lived in Europe and finally settled in Las Vegas in 2001, giving her a deep well of life experience. She credits having a Spanish Catholic mother and a British atheist father while attending a Christian school in a Muslim country for her unique voice from an early age.

In 2015 year Deborah received four production Emmy® awards including Best Director and Best Screenplay for her 2014 Sci-Fi student short film “Boy Meets Girl” which she wrote and directed. Deborah came out as transgender at the award ceremony when she took the stage and delivered her acceptance speech.

Currently Deborah is in development of her first feature film which she is writing and directing. The movie goes into production next year and is due for release in 2020. She has reported that the genre will be horror and it will be filmed and set in her hometown, Las Vegas.

Her goal is simple… to continue to learn and hone her craft as a visual story teller so that she can deeply entertain the widest audience possible.