NWFFest is proud to present
our 2018 VANGUARD AWARD recipient... 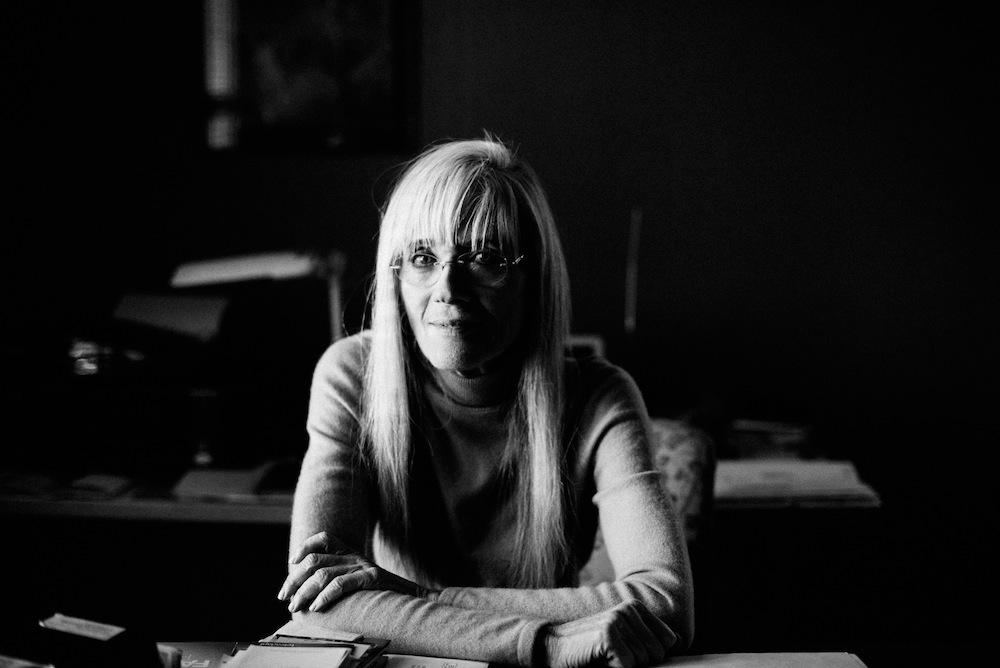 A retrospective screening of The Student Nurses will be followed by a discussion
and Q&A session with this pioneering filmmaker,
moderated by Professor Shirley Johnston.

An ensemble piece following four young women about to graduate from nursing school, The Student Nurses  candidly navigates both quotidian and heavy-hitting issues, from sex and career to drug use, racial privilege, and abortion.

Stephanie Rothman was raised in Los Angeles and studied sociology at UC Berkeley. She says she became interested in filmmaking after seeing The Seventh Seal (1957), "what is still my favorite film of all time... I didn't, at that point, know how to become a filmmaker. I didn't even think it was possible. When I saw it I thought to myself, 'This is what I would like to do. I would like to make a film like this.'

From 1960 to 1963 Rothman studied filmmaking at the University of Southern California where she became the first woman to be awarded the Directors Guild of America fellowship, awarded annually to the director of a student film. This, along with her academic qualifications, saw her receive a job offer from Roger Corman in 1964 to work as his assistant.

"It was rare for anyone who did not have family connections to find employment in the film industry, in or outside of the jurisdiction of the labor unions," recalled Rothman later. "It was even rarer for a woman to be hired. It was traditional to exclude us from nearly all types of work behind the camera."

Her work impressed Corman enough to give her her first full directing job on It's a Bikini World (shot in 1965 but not released until 1967), which he financed. However she did not enjoy the experience:

"I became very depressed after making It's a Bikini World. I had very ambivalent feelings about continuing to be a director if that was all I was going to be able to do."

In 1970, Corman established his new production and distribution company New World Pictures and hired Rothman to write and direct its second film, The Student Nurses (1970), about the adventures of four young nursing students.

Although an exploitation movie, Rothman was given creative freedom to explore political and social issues which interested her such as abortion and immigration. The Student Nurses was a considerable hit, leading to a cycle of "nurse" films and helping establish New World as a viable commercial force. 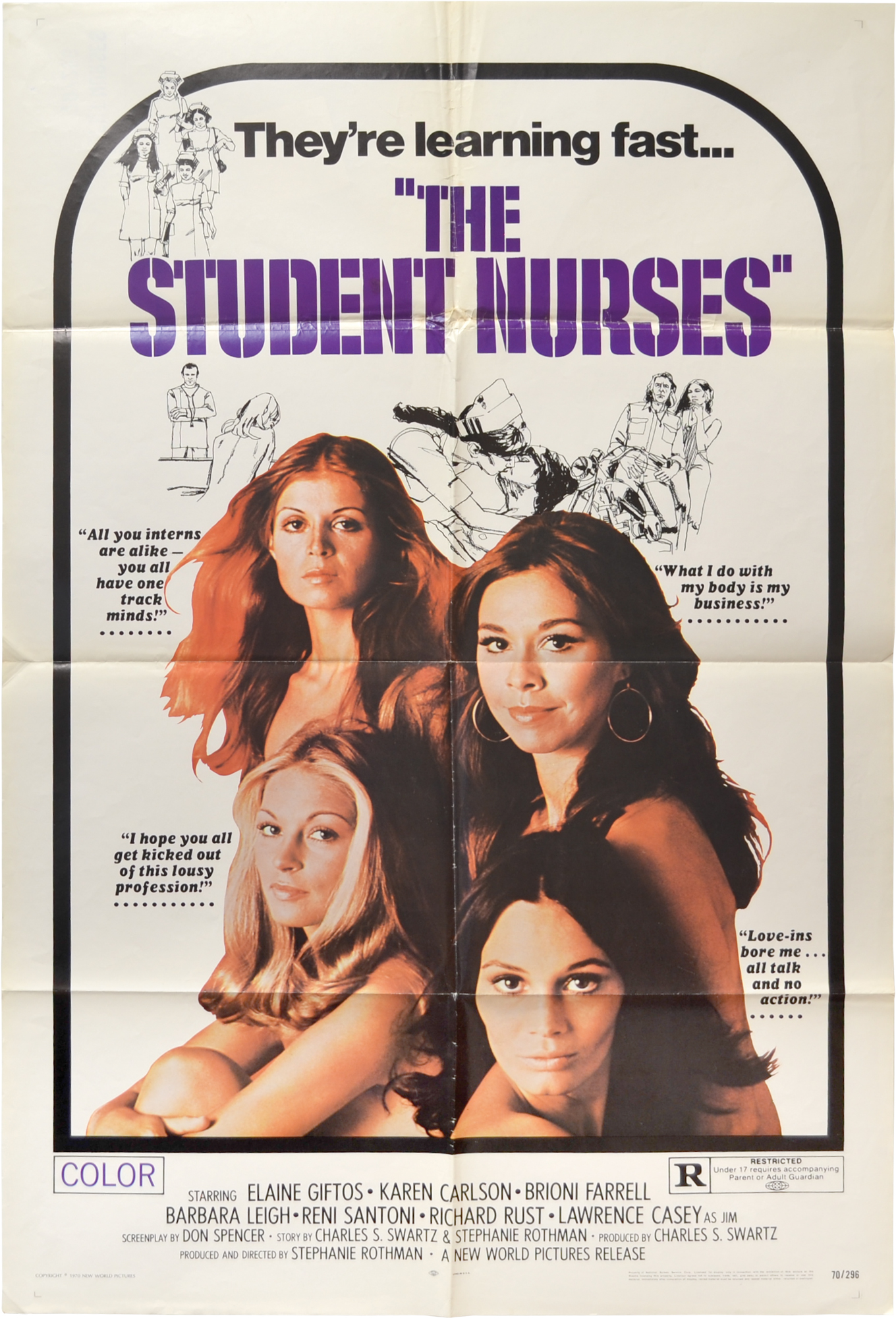 Rothman says when she made the film, she was unaware it was an "exploitation" film" until she read a review describing it as such: "I had never heard that term before. Roger never used it. So that's how I learned that I had made an exploitation film. Then I went and did some research to find out exactly what exploitation films were, their history and so forth, and then I knew that's what I was doing, because I was making low-budget films that were transgressive in that they showed more extreme things than what would be shown in a studio film, and whose success depended on their advertising, because they had no stars in them. It was dismaying to me, but at the same time I decided to make the best exploitation films I could. If that was going to be my lot, then that's what I was going to try and do with it."

Rothman and her husband Charles S. Swartz left Corman in the early 1970s to help set up Dimension Pictures. Shedirected three films for Dimension, Group Marriage (1973), Terminal Island (1973) and The Working Girls (1974). She also wrote the script for Beyond Atlantis (1973).

The films that Rothman directed – Group Marriage in particular – placed emphasis on female as well as male desire. Rothman stated in a 1973 interview that:

"I'm very tired of the whole tradition in western art in which women are always presented nude and men aren't. I'm not going to dress women and undress men – that would be a form of tortured vengeance. But I certainly am going to undress men, and the result is probably a more healthy environment, because one group of people presenting another in a vulnerable, weaker, more servile position is always distorted."

"I was never happy making exploitation films," said Rothman later. "I did it because it was the only way I could work.” However her movies have come to receive much critical appraisal, particularly from feminist writers such as Pam Cook and Claire Johnson, who have noted Rothman's role creating feminist films in the exploitation genre. Cook stated that:

Rothman often parodied the codes of exploitation genres to expose their roots in male fantasies and so undermine them, and it is this use of formal play to subvert male myths of women that has interested some feminists and that, it has been argued, places Rothman's work inside the tradition of women's counter cinema.

In addition, Rothman also used her movies to comment on social issues of their time, like abortion in The Student Nurses Rothman later said of her work that: “A Stephanie Rothman film deals with questions of self-determination. My characters try to forge a humane and rational way of coming to terms with the vicissitudes of existence. My films are not always about succeeding but they are always concerned with fighting the good fight.” 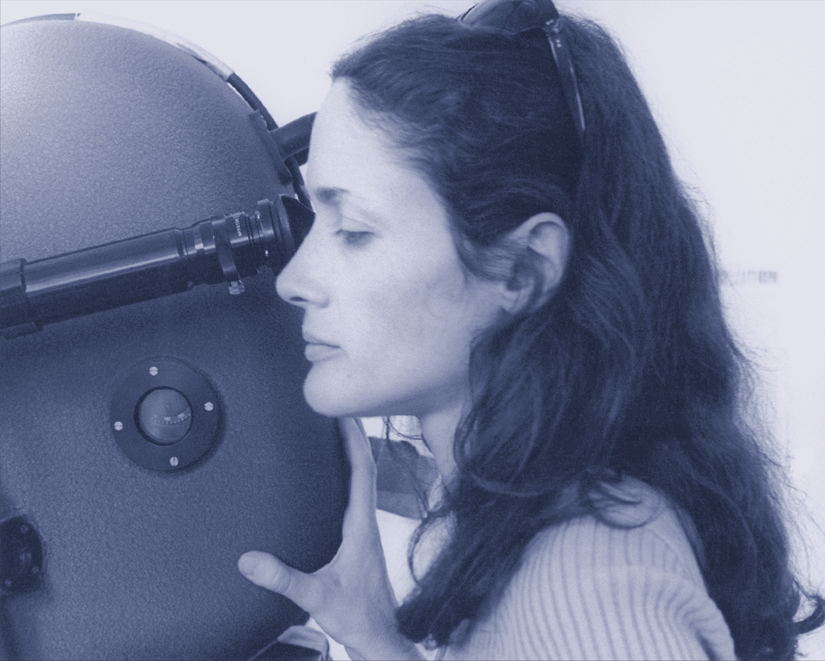