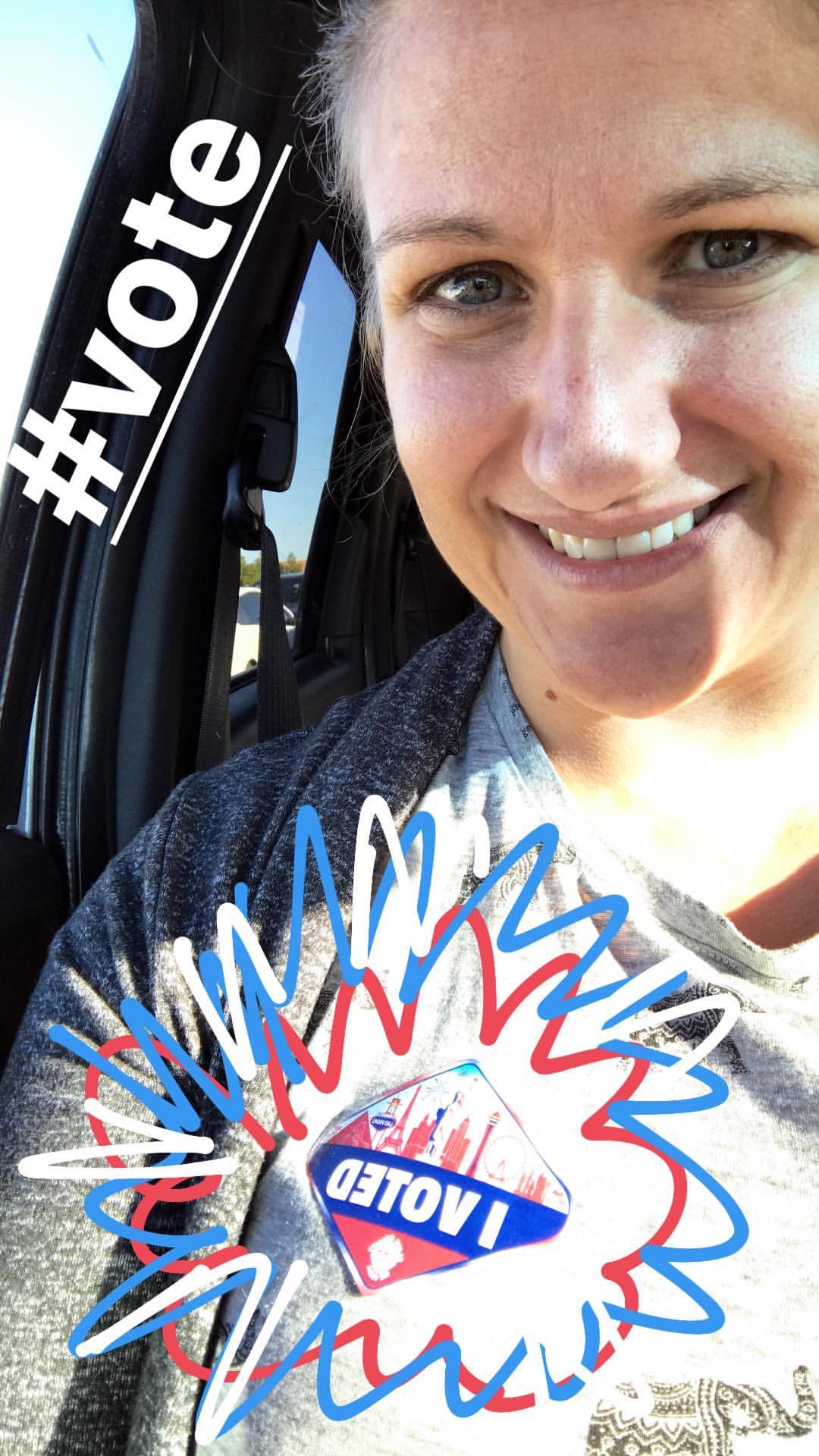 I voted, yes I did. I’m loud and proud of it.  In Nevada, we have two weeks of early voting before the official election day on 11/6.  I have been dying to cast my ballot since November 2016.

The internet has given women a voice in a way no other medium has ever done.  Women can share stories and find out they’re not alone.  Stories of painful experiences, once hushed and never mentioned in public, are now fueling the current cultural moment. I have a story too, like nearly every woman I know, and while I don’t want to share the details I felt solidarity by simply tweeting out #metoo.  And men are hearing our voices too.  They see their friends and family posting #metoo. Several men in my circle admitted they had no idea sexual harassment and assault is so widespread.

A record-breaking number of women (women with stories) are running for elected office this year and I want every single one of them to win. Women are 50% of the American population but hold only 20% of the seats in Congress.  This entire country was founded because the colonies were being governed but had no representation in that government.  So I want all the women to win, I want the people making sexual harassment laws, family laws, health laws, and frankly all the laws to be women so I feel represented.

One of the beauties of the American system is you only have to wait two years to voice your opinion on the lawmaking branch of our government.  I happily cast my ballot in the great state of Nevada three days into early voting.  The line was beautifully diverse and we all happily waited 30 minutes to vote. It was 1 pm on a Tuesday so us Clark County voters are clearly motivated.

I’m also volunteering as a poll worker on election day.  My training showed me the ins and outs of our system and it’s amazing.  We have an electronic ballot with paper back up.  Check in is all electronic and small errors can be corrected on the spot.  All corrections are reviewed so no sneaky business can happen.  I felt like training was super progressive. They specifically pointed out that if a voter's name does not appear to match the gender they present we do NOTHING,  nothing at all.  Any form of visual discrimination is prohibited.  Nevada makes voting so easy. I can only hope all states eventually adopt a similar or better system.

In Clark County you can vote in any polling place during early voting and on election day.  Here is a handy website to help you find a location in Clark County or anywhere else in America. https://www.vote.org/polling-place-locator/. Happy voting!

The opinions expressed here are my own and not necessarily those of the Nevada Women's Film Festival.